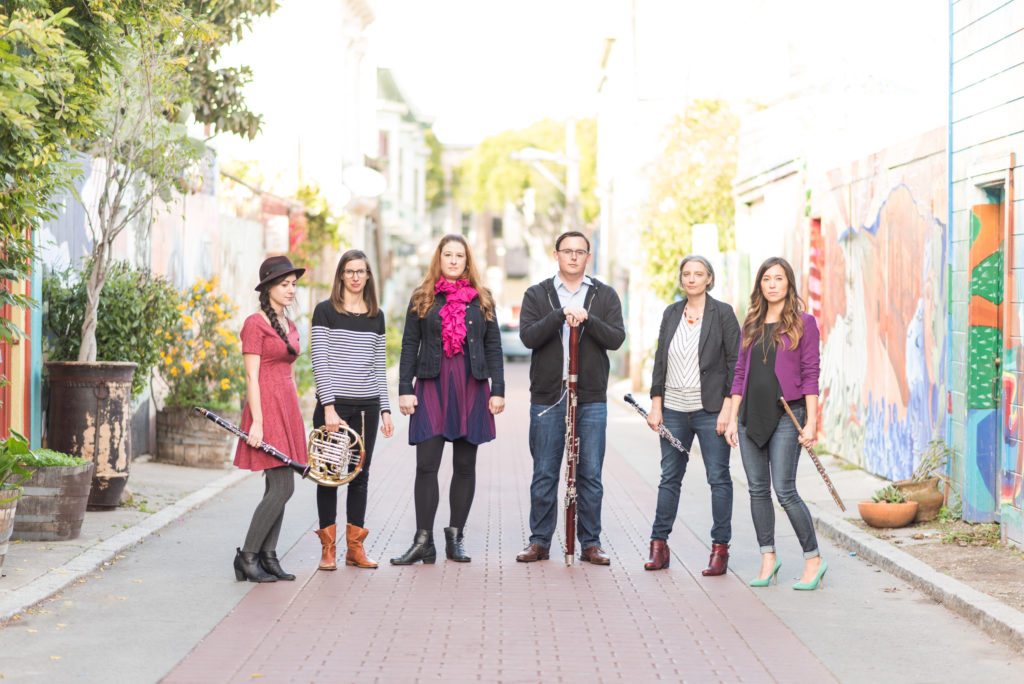 Frequency 49, a San Francisco Bay Area-based wind and piano chamber ensemble, is dedicated to broadening awareness of compelling woodwind repertoire through performances of highest artistry. By using flexible instrumentation, the group explores the spectrum of sound colors that are created by this combination of instruments.

The name “Frequency 49” originates from the fact that color and sound are both defined by their frequencies. The six wildly different timbres of our instruments result in a vibrant and unique myriad of sounds. As Marc Chagall put it, “Color is everything, color is vibration like music; everything is vibration.”